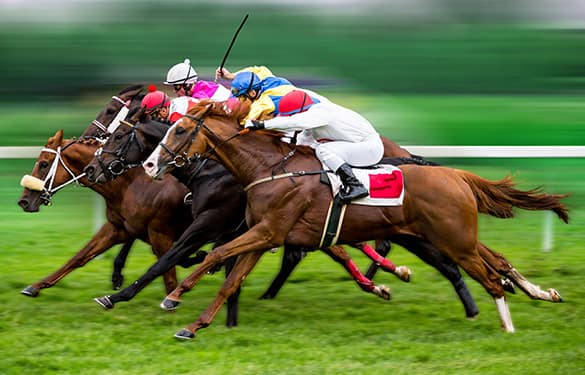 Betting on Audiolink for optimal radio communications at Royal Ascot

Three-and-a-half years ago radio specialist Audiolink supplied a Motorola Solutions digital radio system to Ascot Racecourse in Berkshire. And every subsequent year, in June, the racecourse boosts its radio fleet, renting up to 600 extra radios from Audiolink, to ensure flawless communications during the world-renowned Royal Ascot race meeting.

Ascot Racecourse had been using an analogue radio system from Motorola Solutions. However, seeing the latest technology in use by the Red Bull Racing Team at an event at the racecourse, it realised the time had come to upgrade to a digital radio system; a digital system could offer Ascot much more functionality and features such as noise cancelling technology – essential on race days. Ascot Racecourse approached various suppliers but, thanks to its hands-on, client-centric approach and turnkey solutions, Audiolink was first past the post.

Audiolink deployed a fixed MOTOTRBO™ digital radio network including six DR3000 Repeaters. Four of the repeaters operate in Capacity Plus mode and two as standard repeaters. The two standard repeaters are used for talk groups such as Operations, Race Day, Silver Ring and Medics. The Capacity Plus system supports the other twelve channels; and Ascot set up two new channels this year during the royal meeting for the Heliport and IMG. Controllers use five DM4600 Mobile Two-Way Radios with headsets to organise and deploy ground staff.

Ascot has its own permanent fleet of 150 assorted Motorola radios, as well as 80 radios on continuous hire from Audiolink; it then hires in extra radios as and when needed for events during the year. The MOTOTRBO system is fully scalable and can easily cope with the extra handsets and radio traffic. Radio models include the DP4400, SL4000s – usually used by managers and senior staff due to their slim design – and the increasingly popular DP3441s. Ascot has a range of accessories such as heavy duty noise cancelling headsets, remote speaker microphones, shoulder straps and carry cases.

Audiolink provides ongoing system support and a service to repair and replace radios. Moreover, an Audiolink engineer is on-site during the duration of Royal Ascot, to absolutely ensure communications run smoothly during this high profile event.

“Audiolink is the type of partner you want; it has not only delivered an excellent system – it provides ongoing first-class service and support. Audiolink listens and responds to our needs and is always happy to go the extra mile for us.”
Operations Manager, Ascot Racecourse

For further information or to discuss your organisation’s requirements
Call: 0208 955 1100