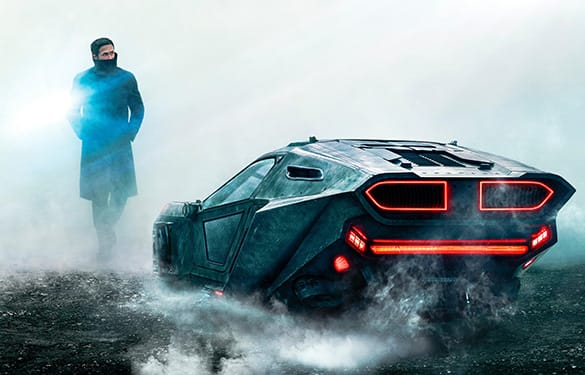 Audiolink was awarded the contract to supply a radio system to a major American film studio whilst it was filming the highly anticipated sequel to Blade Runner at Korda Studios, Budapest.

The studio needed a reliable, robust, managed radio system for secure, clear communications between teams whilst filming. It turned to Audiolink due the excellent reputation it has in the industry. Indeed, with over 40 years’ experience, Audiolink has the know-how and capacity to deliver the exact radio system to suit its clients’ requirements.

Audiolink deployed an analogue two-way radio system from Motorola Solutions comprising up to 400 GP340 UHF Portable Radios with a range of accessories: one unit being used by teams on set at the studios; one unit for teams filming action sequences in and around the capital. All radios were licensed for use in Hungary. Audiolink established 16 talk groups across 16 channels for each unit; groups included the Assistant Director’s team, the camera crew, visual effects, special effects, make-up, locations, sound and lighting.

Audiolink also set up a GM360 Mobile Radio in the Assistant Director’s trailer, for efficient coordination of operations from a single location. Finally, Audiolink installed one central MTR2000 Base Station/Repeater on site to boost the network’s capacity and ensure a strong signal throughout the studios.

Audiolink provided system support and a pool of spare radios in case of failure; it repaired or replaced any handsets as needed, to ensure the production team always had a full fleet of radios in operation.

“I have worked with Audiolink for over 10 years now. On Blade Runner 2049 and on every show I have worked with them, we have received great service and support throughout the whole shoot. If we had technical or financial difficulties, we always found a good solution. I would highly recommend them.”
Miklos Toth, Production Manager