It’s a blockbuster summer for Audiolink 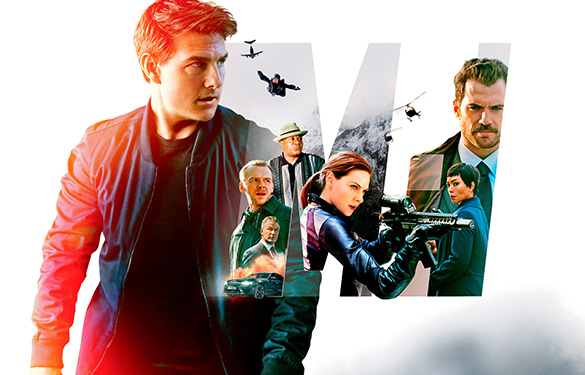 Audiolink has, once again, been supplying radio systems to the Big Eight movie studios for many of this summer’s blockbusters, including Jurassic World: Fallen Kingdom, Ready Player One, Mamma Mia! Here We Go Again and Mission: Impossible – Fallout.

Mamma Mia! Here We Go Again was filmed and directed by Universal Studios in the UK at Shepperton Film Studios and on location in Surrey, Regent’s Park, Hampton Court Palace, Oxfordshire and on the small, remote Croatian island of Vis.

Audiolink provided some iPhone 6s and 7s for the cast and crew and a fleet of 300 to 400 Motorola Solutions GP340 Two-Way Portable Radios for the film crew at Shepperton. These were then transported to Vis, and Audiolink sent an engineer to Vis to set up a radio system to provide coverage across Barjoska Bay, where the filming was centred on the stunning village of Komiza.

With limited mobile reception, it was imperative the network provided clear, reliable communications. Moreover, with no power source available at the headland overlooking the cove where the repeater was to be located, the Motorola Solutions DR3000 MOTOTRBO™ Repeater was sustainably powered by a battery recharged using solar panels. This repeater provided coverage in remote areas of the cove, down to and beyond the water’s edge and across the sea, where a lot of filming took place. Local frequencies licensed by the Croatian government were allocated and the crew could all communicate via dedicated team channels – including camera, lighting, location, visual effects and special effects groups – linking into the Assistant Director’s Motorola Solutions Fixed Mobile Radio DM4600 base unit. Audiolink supplied back-up radios and equipment, to swap out handsets or provide a larger fleet at short notice, for a bigger day’s filming. It also provided covert earpieces and d-shaped earpieces.

Paramount Pictures’ Mission: Impossible – Fallout, meanwhile, was based out of Warner Bros. Studios, Leavesden in Hertfordshire. Audiolink does so much work with the studios that it has permanent radio repeaters in place and a detailed site frequency plan, which allows it to provide radio systems for different productions filming simultaneously at Leavesden.

Audiolink supplied Motorola Solutions GP340 Radios, earpieces, covert kits and iPhones for filming in and around London, and on location in France, Norway and New Zealand. It also provided specially configured radios for the sound department, which ensured actors and crew members could hear instant messages relayed in high noise environments, such as car chases and airplane stunts. The filming obviously went on longer than originally expected, following Tom Cruise’s well-documented ankle break whilst performing one of his stunts, but this was no issue for Audiolink (who can guarantee most things when it comes to radio communications, but potential stunt injuries are beyond its remit!).

And there’s a lot more to come

Audiolink has provided radio systems for more big name films hitting the box office later this year, including Fantastic Beasts: The Crimes of Grindelwald, The Spy Who Dumped Me, Johnny English Strikes Again and Bohemian Rhapsody. It’s going to be a blockbuster autumn too…

We use cookies to ensure that we give you the best experience on our website. If you continue to use this site we will assume that you are happy with it.Ok