The Rise of Skywalker 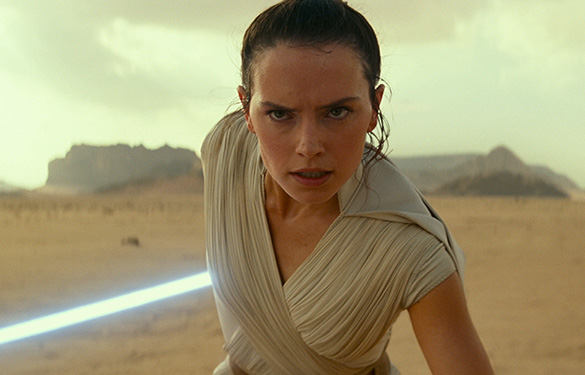 Audiolink: Radio Communications Provider Of Choice For A Generation Of Star Wars

Over 42 years ago, Audiolink provided a radio communications system for the first ever Star Wars film; today Audiolink has just finished its contract to supply a radio system for the filming of the series finale: The Rise of Skywalker.

“We’ve passed on all we know. A thousand generations live in you now. But this is your fight.” Luke Skywalker

This winter’s biggest blockbuster was produced by Lucasfilm and J.J. Abrams’s production company Bad Robot Productions, in conjunction with Walt Disney Studios Motion Pictures. Filming took place in August 2018 to early 2019 in England, predominantly at Pinewood Studios in Buckinghamshire, and on location in Wadi Rum, Jordan.

Audiolink has a long, successful working relationship with the Star Wars franchise, having supplied radio systems for the filming of the first three releases, A New Hope, The Empire Strikes Back, Return of The Jedi and the last three in the trilogy, The Force Awakens, The Last Jedi and now The Rise of Skywalker, as well as the spin-off films Rogue One and Solo.

The most significant challenge in this deployment was to ensure that the 800 Motorola Solutions GP340 two-way portable radios being shipped to Jordan were correctly documented, packaged and licensed, as the Jordanian import authorities are exceptionally thorough and any delay in allowing the radios to enter the country would have affected the tight filming schedule in autumn 2018.

For filming in Jordan, Audiolink had to provide serial numbers for each individual radio and detailed packing lists for the import licence weeks before shipping, which resulted in early commissioning of the handsets. Audiolink then worked with the production company to sort out local frequencies licensed by the Jordanian government, ten weeks in advance of actual filming. All equipment, including accessories such as earpieces and chargers, was thoroughly checked and tested prior to dispatch, to ensure the system would work optimally on location.

Audiolink supplied a further 600 Motorola Solutions GP340 analogue radios and MOTOTRBO™ DP1400 digital portable radios in the UK across two units – a main unit and an action unit – so sheer numbers of radios on this project could have been a challenge, especially as Audiolink was simultaneously providing radio systems for the filming of Men in Black, Spiderman and Wonder Woman 1984.

In both locations, crews used the radios in direct ‘walkie-talkie’ voice only mode and communicated via 16 dedicated team channels including camera, lighting, location and special effects, for example. Audiolink also provided a small fleet of spare, back-up radios, as well as loudhailers and hundreds of iPhones, including the iPhone XR, which had just been released at the time, and local SIM cards.

Look out for the following blockbusters coming to screens later this year: James Bond 007: No Time To Die, Fast & Furious 9, Wonder Woman 1984 and Tenet. Audiolink has recently supplied radio systems to all these film crews.