Universal Pictures Teams Up With Audiolink
On Location In London 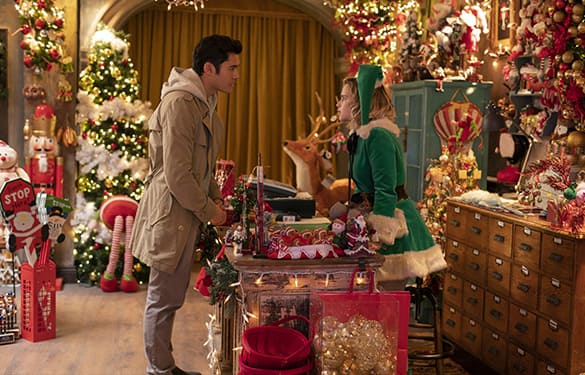 The greatest challenge on this project was organising the specific geographic frequencies needed for filming in and around central London – on-site in Covent Garden, Marylebone and Regent Street, for example – as there is a very high demand for radio frequencies in London; moreover, radios set to use a dedicated frequency like this must not be used outside the licensed area, because the same frequency will probably have been allocated to another user in congested spaces like central London.

Audiolink ensured the correct requesting of and monitoring of frequencies, for filming both in the city and on set at the West London Film Studios in Hayes, and supplied several hundred Motorola Solutions GP340 two-way portable radios over the winter and spring of 2018 to 2019. The radios were used in direct ‘walkie-talkie’ mode over short distances, so there was no need to set up repeaters for a radio network. Audiolink also provided a spare pool of radios (which weren’t needed on this project) and radio accessories such as earpieces, covert kits and chargers, as well as 4G data devices for internet connection and a range of iPhones for the film crew.

Audiolink offered a turnkey service and support on-site in London, 24/7, as filming often took place during the night shift and, having worked with Universal Pictures for over 25 years, this was yet another example of a successful project together.

Look out for the following blockbusters coming to screens later this year: James Bond 007: No Time To Die, Fast & Furious 9, Wonder Woman 1984 and Tenet. Audiolink has recently supplied radio systems to all these film crews.